Here Are Some Stats and Facts for Memorial Day Weekend 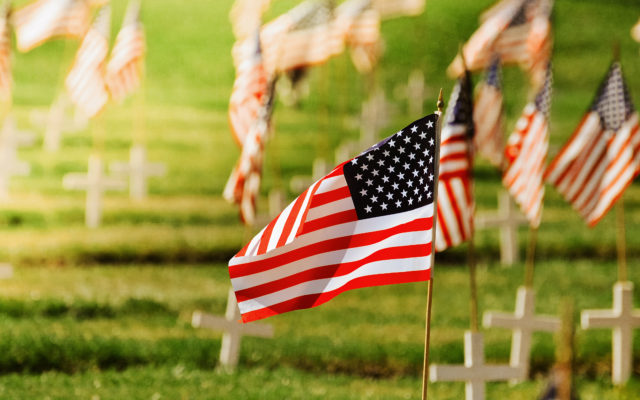 In the country’s history, 46 million veterans have served during wartime.  And about a third of those heroes are still with us.  Here are a few more stats and facts for Memorial Day weekend . . .

1.  95% of businesses will be closed on Memorial Day this year.

2.  More than 37 million people are traveling, up 60% from last year.  And most will drive.  Around 2.5 million of us are flying.  That’s about six times more than last year.

3.  If you ARE going somewhere, check your pockets . . . because we’ll LOSE an estimated $139 million worth of stuff while we’re on the road.

4.  Over half of us will barbecue or go to a cookout this weekend.

5.  Between now and Labor Day, Americans will consume an average of 818 hot dogs every SECOND.

6.  Memorial Day is the second biggest time of the year for beer sales.  The only time we buy more beer is around the Fourth of July.  Labor Day is third.

7.  Just under 46% of shoppers say they’ll probably take advantage of at least one Memorial Day deal.