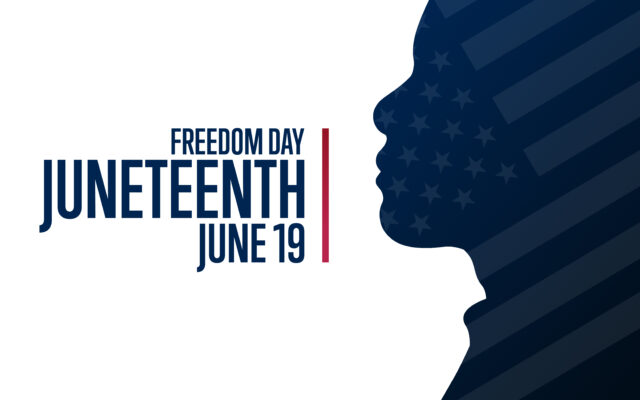 Some people are off work today for Juneteenth, which was technically yesterday.  It became a federal holiday last year, but apparently that’s still news to one in four Americans.

A poll for Juneteenth found 26% of us still haven’t even heard of it.  And even if you have, you might not know what it’s about.  Here are four questions about Juneteenth, and how people answered . . .

1.  Have you ever heard of Juneteenth?  74% said yes, and 26% said no.  Of the people who DID know about it, half only learned about it in the last two years.

2.  Do you know what Juneteenth is about?  Only 60% of people who’d heard of it knew it’s about the end of slavery.  7% thought it was about Black people gaining the right to vote, and 5% said the signing of the Civil Rights Act in 1964.

4.  Have you ever celebrated Juneteenth before?  Around 30% said they have.