Most People Say Changing the Clocks Isn’t a Big Deal . . . But Only One in Four Like the Current System 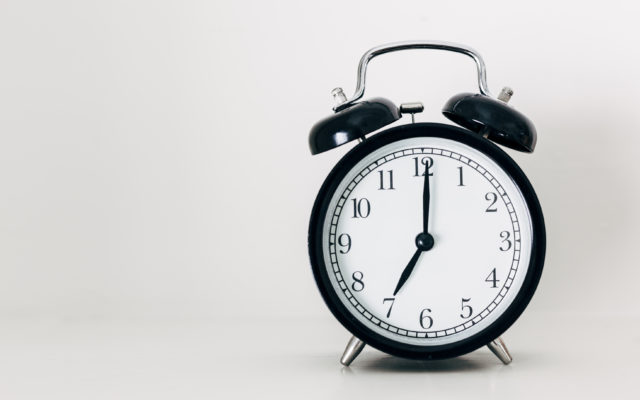 It might take a day or two to adjust to Daylight Saving Time.  But most people say it doesn’t mess with their sleep long term . . .

83% of Americans in a new poll said springing forward DOESN’T affect how much they sleep.  Only 6% said they get less sleep because of it, and 10% sleep more.

Three in four also said they get the same amount of work done in a day.  Again, just 6% feel less productive now that the sun sets later . . . and 19% get MORE done.

Over 7 in 10 people say changing the clocks twice a year doesn’t really affect them much . . . but that doesn’t mean we like it.

Parents are more likely to prefer the current system.  1 in 3 like adjusting the clocks, compared to 1 in 4 people who don’t have kids.

(A separate poll found people out West HATE springing forward the most, followed by the Midwest and the South.  The Northeast hates it least.)