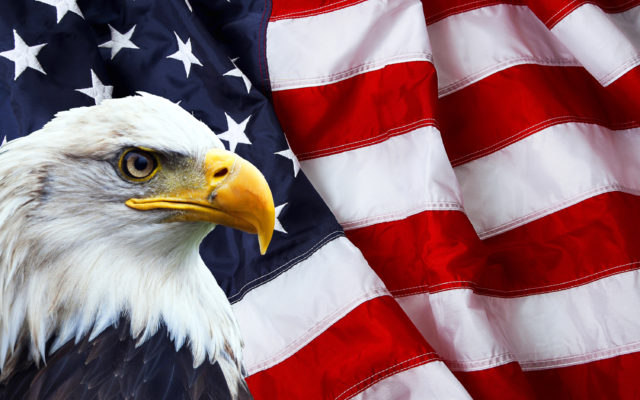 It’s officially summer, and Fourth of July is less than two weeks out.  So an annual study on PATRIOTISM just hit.

WalletHub.com does an annual ranking of the most patriotic states in America based on two factors:  Military engagement and civic engagement.

For the third year in a row, there’s been a reshuffling at the top:  ALASKA is the most patriotic state in America this time.  Montana was #1 last year, and New Hampshire ranked first in 2020.

At the bottom of the list is Arkansas, followed by New York, Rhode Island, Florida, and Massachusetts.

Alaska, Virginia, and Wyoming have the most veterans per capita . . . Georgia, Alaska, and Texas have the most enlistees . . . Utah, South Dakota, and Nebraska ranked first in volunteers . . . and the states with the highest voting rates are New Jersey, Minnesota, and Oregon.