A Woman Gives a Waitress a $5,000 Tip Using Her Boyfriend’s Credit Card to Get Revenge After a Fight 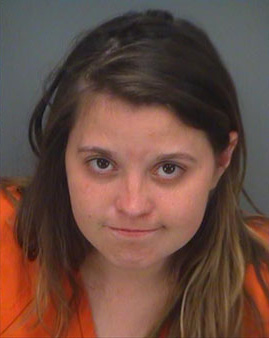 What a generous way to get revenge . . . even if it was a felony.

There’s a 24-year-old woman named Serina Wolfe from Buffalo, New York.  And last week, she and her boyfriend Michael Crane were on vacation in Clearwater, Florida.

They got into a big argument while they were having dinner at a restaurant and Michael left, so Serina decided to get revenge . . . by giving the waitress a $5,000 TIP using Michael’s credit card.  The meal cost $55.37, so that’s about a 9,000% tip.

Michael confronted Serina when he saw the charge, but she denied it . . . so he called the cops to report credit card fraud.  After they got involved, Serina admitted what she did.

She was arrested for felony grand theft.

As for the money . . . well, it’s not clear who’s going to cover it.  The restaurant says they already gave the waitress the $5,000 in cash, and if I were her, I wouldn’t give it back.