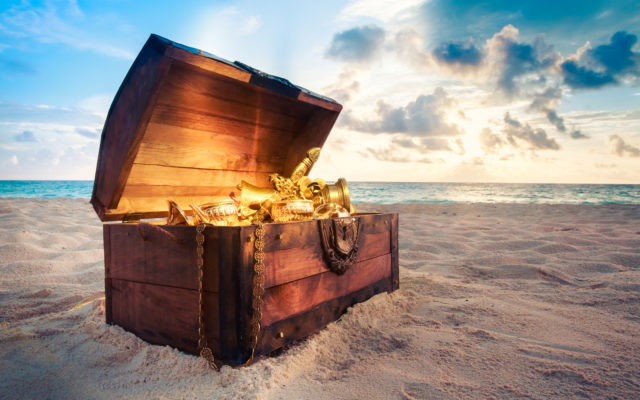 Lots of businesses are figuring out ways to adapt and survive in this pandemic world . . . but this might just be THE craziest pivot yet.

There’s a guy named Johnny Perri in Washington Township, Michigan, and he owns a jewelry store.  He got it from his dad, and he’s run it his whole life, but when he shut down for the pandemic, it forced him to re-evaluate the entire business.

So he closed his business, took the entire inventory of his store . . . and buried it as TREASURE around Michigan.

And now he’s launching a TREASURE QUEST to find each of the stashes of buried gold, diamonds, silver, and more.  People can buy tickets to the quests, and they’ll get clues where the treasure is buried . . . from there, it’s a race.

The tickets will cost $49 per quest, and each treasure is worth about $4,000.  The first one starts on August 1st.