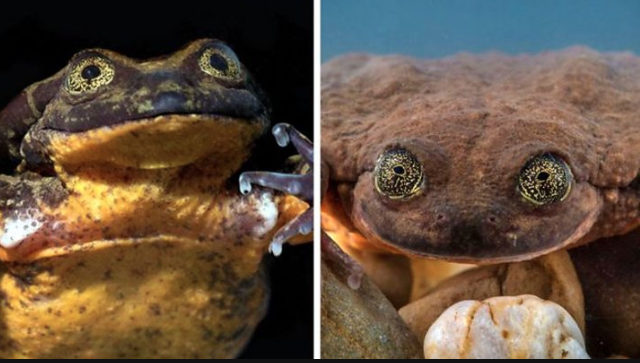 An aquarium in Bolivia has been taking care of a rare frog for the past 10 years named Romeo.  And they thought he might be the last of his species.

He’s a Sehuencas water frog.  No one had seen another one in the wild in over a decade.  So he’s been alone in captivity that whole time.  And he’s only got another 5 years to live, tops.

But the good news is researchers just announced that Romeo now has a GIRLFRIEND.

Researchers were able to find five more of the frogs in a Bolivian cloud forest, which is similar to a rainforest.  Two of them are female.  And now they’re planning to introduce Romeo to one of them . . . which they of course named Juliet.

They say Romeo is kind of shy and lazy, and Juliet is pretty energetic.  So hopefully opposites attract and they make beautiful tadpoles together.

She’s still in quarantine, so they haven’t met yet.  But the goal is to have them mate and produce more frogs that can then be reintroduced into the wild.