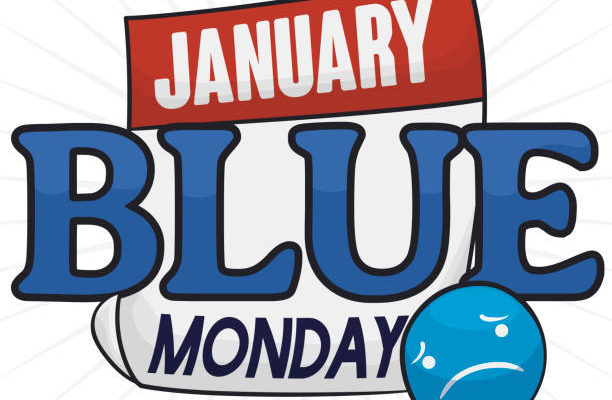 Today is “Blue Monday” . . . a.k.a. the most DEPRESSING day of the year.  It’s also Martin Luther King Jr. Day, but that’s just a coincidence, since “Blue Monday” was created by the British.

A British psychologist named Dr. Cliff Arnall came up with the concept of “Blue Monday” back in 2005.

And he says it’s because the third Monday in January is the perfect storm of peak terribleness . . .

2.  Enough time has passed since Christmas that you’ve lost the good feelings . . . and now all you have left is the debt.

3.  Your New Year’s resolutions have failed.

4.  Your motivation has hit rock bottom.

5.  And you’re realizing you’re now facing down another entire year of work ahead of you, without summer or any vacations in sight.

Anyway, have a great day.