The Worst Things You Can Eat or Drink Before Flying 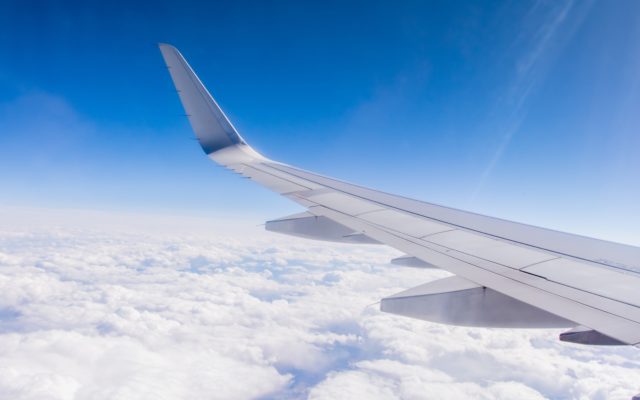 View of silver airplane wing from the window seat with blue sky and clouds.

If you’re flying somewhere in the next week for Thanksgiving, this is for you.  It’s a list of four things you definitely should NOT eat or drink right before hopping on a plane . . .

1.  Salty foods.  It’s common for people to get dehydrated on planes, thanks to the dry air in the cabin.  And a meal or snack that’s high in sodium can make it worse.

There IS an exception to this rule, though . . . if you’re feeling nauseous because of motion sickness or turbulence, carbonated drinks can help.

3.  Alcohol.  Drinking alcohol on a plane has a different effect on the body than at ground level.  In the air, you’re more likely to get drunk faster and have to pee more frequently, which can be annoying on a longer flight.

4.  Coffee.  Coffee can make you dehydrated in an already dry environment, and the diuretic effect can lead to more trips to the bathroom.  It can also impact your ability to sleep on the plane.

Overall, the best things to eat and drink before flying are water, fruits, and lean protein.