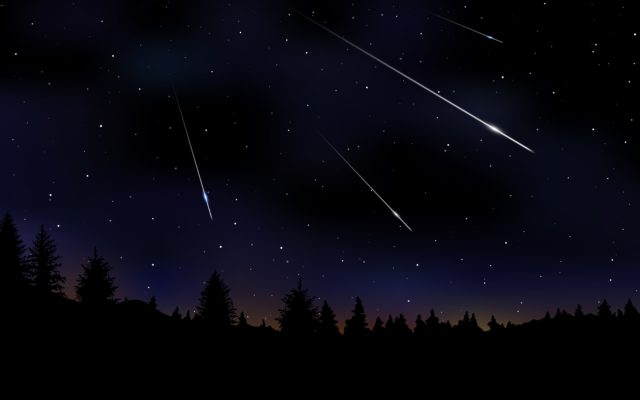 The longest night of the entire year will feature an astronomical double-header giving stargazers plenty to look for from sundown until daybreak. The December solstice occurs (occurred) this morning (2:02AM PT), the day when the sun’s rays are most direct over the Southern Hemisphere. For folks across the Northern Hemisphere, the extended hours of darkness will feature two celestial happenings that may be worth staying up late to see.

The first of the two events can be seen globally and is an extraordinarily close encounter between the two largest planets in the solar system. However, it will only be visible for an hour or two after sunset in the western sky tonight (December 21). Jupiter and Saturn will be so close to each other that they will look more like one single object in the sky, leading some to nickname the event the ‘Christmas Star’ due to its proximity to the holiday season.

Later tonight shooting stars will streak across the sky as the first of winter’s two meteor showers reaches its peak. The Ursid meteor shower will unfold during the second half of Monday night and into the early hours of Tuesday morning, but will only be visible for skywatchers across the Northern Hemisphere.