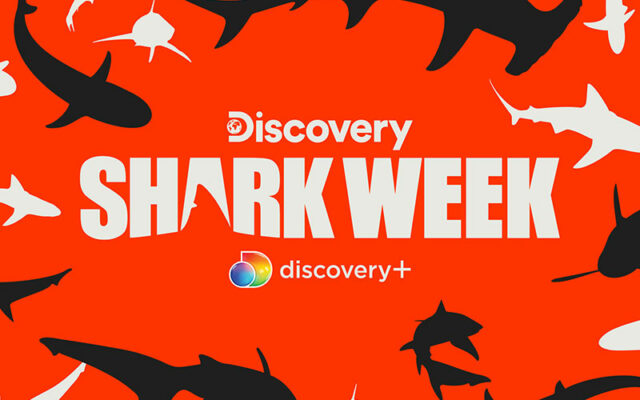 Discovery has pulled some crazy stunts to get people to watch Shark Week.  Remember that “documentary” about the modern-day megalodon?

Well, for its 34th edition, Shark Week has a handful of specials that sound like they’re probably more hype than science.

“The Haunting of Shark Tower”:  No, there’s no underwater séance to contact ghost sharks.  Just an exploration into whether great whites are moving into the waters of North Carolina.

“Air Jaws: Top Guns”:  Just more jumping sharks, but with a title that tries to exploit the biggest movie of the year.

“Jaws vs. Kraken”:  Evidence suggests there is an undersea war between great whites and giant squids.  Who wouldn’t wanna see that???

“Pigs vs. Shark”:  Tiger sharks in the waters off the Bahamas may be acquiring a taste for the famous local swimming pigs.

“Island of Walking Sharks”:  This one sounds like a cheesy Syfy movie, but it’s an actual, supposedly-scientific look into whether or not sharks in Papua, New Guinea are evolving to walk on land.

“Mechashark Love Down Under”:  A guy in a one-man submersible shaped like a shark goes looking for a great white MATING GROUND off the coast of New Zealand.

“Jaws vs. The Blob”:  The Blob, in this case, refers to some kind of phenomenon that’s forcing juvenile great whites into a feeding frenzy for, quote, “monster 20-foot adults” off the coast of Mexico’s Guadalupe Island.

“Shark Women: Ghosted by Great Whites”:  An all-female crew goes on the hunt for missing sharks one of them had been tracking.

Shark Week is pretty perfect as it is, but you know what could make it even MORE perfect?  Dwayne “The Rock” Johnson.  This year, The Rock will be Shark Week’s first-ever Master of Ceremonies.

In an Instagram post he said, quote, “I filmed exclusively in my home state of HAWAII, these beautiful predator AUMAKUA (gods) are deeply revered & respected in our Polynesian culture.

“And if you look closely at the details of my tattoo, shark teeth are throughout to protect my ancestors and our MANA.”

This is the 34th annual Shark Week on Discovery.  It kicks off Sunday, July 24th.  You can keep up with the chaos at SharkWeek.com.