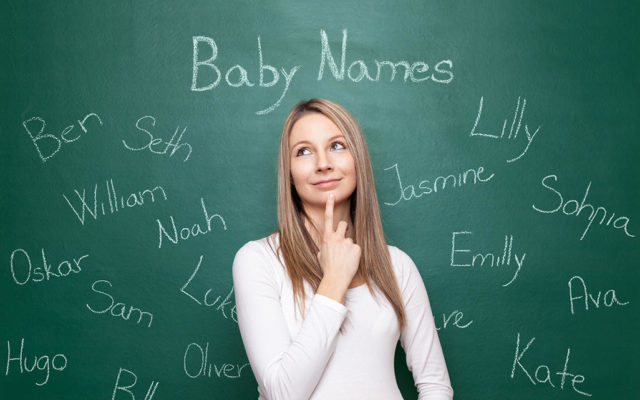 The Social Security Administration put out their updated baby name stats a while back . . . the #1 name for boys last year was Liam, and Olivia for girls.

But people are still going through all those stats and finding interesting stuff.  Here are ten surprising baby name trends from 2020 . . .

1.  Britney was NOT a popular name last year.  Only 99 babies named Britney were born in the U.S.  But that might change this year because of all the “Free Britney” stuff.

4.  Denise is one of the fastest-rising baby names for girls.  It dropped out of the top 1,000 five years ago.  But it’s surging back.  And “Denisse” with two S’s is more popular than the normal spelling right now.