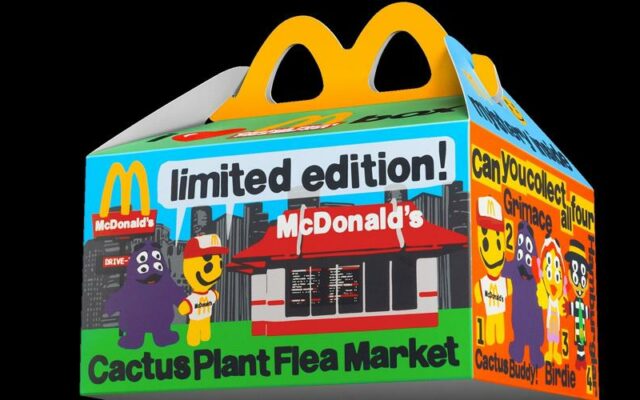 The Mexican Pizza returned to Taco Bell this month after fans forced their hand by eating so many during a limited release in May.  Now Taco Bell is trying to catch lightning in a bottle by bringing back another item . . .

They just announced they’re bringing one back, but we don’t know what it is yet.  There are two options, and they’re letting fans VOTE.

The first one is their Double Decker Taco.  It debuted in 1995 and got pulled in 2019.  It’s a regular hard taco with a tortilla pasted around it using refried beans like an edible adhesive.

The other option is their Enchirito that first hit the menu in 1970 and got pulled in 2013.  It’s an enchilada-burrito mash-up . . . basically a wet burrito filled with beef, beans, and onions, then covered in sauce.

You have to be a Taco Bell Rewards Member to weigh in.  You can vote once a day through their app between now and October 6th.

They’ll reveal the results next Friday, October 7th.  The winner will return to the menu sometime soon.

The Hamburglar is back at McDonald’s. But this time, it’s just for adults. McDonald’s is bringing back its family of recognizable figurines in a new adult Happy Meal, which, yes, includes the toys. Beginning October 3, customers can order a Cactus Plant Flea Market Box — a Big Mac or 10-piece chicken McNuggets, with fries and a drink. The meal is a collaboration between the streetwear brand and the fast food chain as it digs deeper into nostalgia.

… The food will be served in a specially designed box that should trigger memories of Happy Meals from the old days. Toys include redesigned takes on … McDonald’s famous mascots, including Grimace, Hamburglar and Birdie, plus a new one named Cactus Buddy.

… Cactus Plant Flea Market is a streetwear brand that has been popularized by Kanye West and Pharrell in recent years.