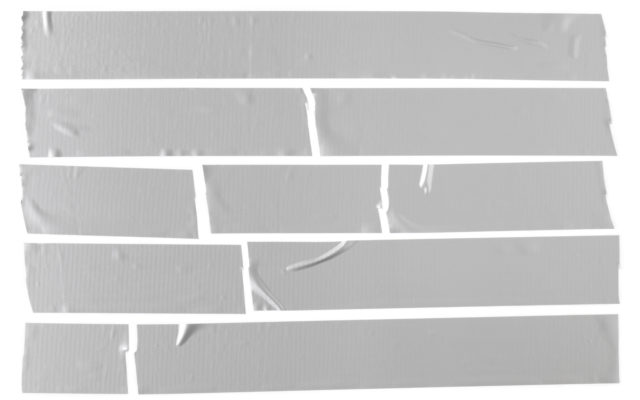 Have you ever gotten a decent size cut that probably needed stitches . . . but instead, you just threw some duct tape over it and figured that should take care of it?

According to a new survey, 32% of Americans say they’ve used duct tape on a cut or wound.

And that makes sense because we basically use it for EVERYTHING.

And right now, the average American has SEVEN things that are being temporarily held together by duct tape.