Kenny Rogers Passed Away on Friday 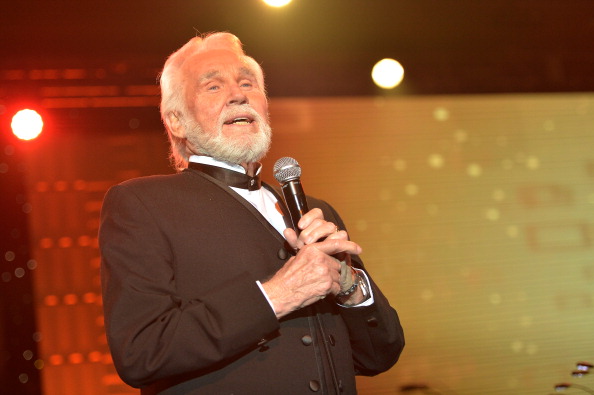 By now you’ve probably heard that we lost The Gambler, KENNY ROGERS, on Friday.  He was 81.  His family released a statement saying he died of natural causes under the care of hospice and surrounded by his family.

His health had been deteriorating the past few years.  His farewell tour was cut short in 2018 “because of health reasons.”  And he was hospitalized last summer and treated for dehydration.

Kenny packed several careers into one lifetime.  He was a singer, songwriter, jazz bassist, actor, author, photographer, and businessman.  He was a huge investor in sprint cars, and his Kenny Rogers Roasters, although closed in the U.S., are still operating in Asia.

His musical career started in the late ’50s but didn’t pick up until the ’60s when he joined The New Christy Minstrels.  That group morphed into The First Edition, and their hits included “Just Dropped In (To See What Condition My Condition Was In)“, and “Ruby, Don’t Take Your Love to Town“.

His first solo #1 country song was “Lucille” in 1977, and that opened the floodgates to a string that included “She Believes In Me”, “You Decorated My Life”, “Coward of the County”, “Love Will Turn You Around”, and, of course, “The Gambler”, which is in the Library of Congress’ National Recording Registry.

His other acting credits included the movies “Six Pack” and “MacShayne”.

The man had a gift for bringing in the right duet partner. He recorded hits with Dolly Parton, Dottie West, Alison Krauss, Sheena Easton, and Kim Carnes.  (“Billboard” has a chronological list of some his duets.)  And the “L.A. Times” calls his “Islands In The Stream” hit with Dolly the “greatest karaoke duet ever.”

Kenny sold over 120 million albums, won three Grammys, and was inducted into the Country Music Hall of Fame in 2013.  A&E will be airing “Biography:  Kenny Rogers” on April 13th.  It chronicles his entire life and includes live performances and guest appearances from his 2017 farewell concert.

Kenny was married five times and had five children.  His first marriage was in 1958, and his fifth was in 1997 to Wanda Miller.  They stayed together until his death.  Because of COVID-19, the family will do a small private service at a later date.

Finally . . . here’s a fun video of Kenny at a celebrity basketball game putting a fake move on Michael Jordan and then sinking a 21-footer.