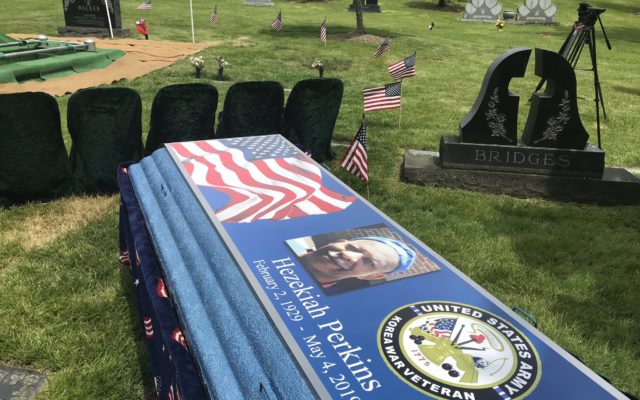 This is pretty amazing, especially on Memorial Day Weekend . . .

A guy named Hezekiah Perkins served in Korea, and passed away earlier this month at age 90.

But his only living family member is a daughter who has some health problems.  And she couldn’t go to his funeral in Cincinnati.

So the cemetery put out a request that said anyone who wanted to come was welcome.  And on Saturday, around FOUR HUNDRED people showed up for it.

Most of them lived in the area.  But people came from all over.  One woman said she drove about 100 miles from Kentucky just to be there for it.

Hezekiah was buried with full military honors.  And someone set up a live video feed, so his daughter could watch.

According to the funeral director, she was so grateful, she broke down in tears when she saw how many people came out to honor her dad.