1.  A 105-year-old runner named Julia “Hurricane” Hawkins set a world record in her age group last week for the 100-meter dash.  She did it in 1 minute and 3 seconds, and was a little upset afterward.  She was hoping to break a minute.

2.  A black cat that went missing in Pennsylvania in August just turned up at a shelter in New York, 200 miles away . . . and no one knows how it got there.  Its owners didn’t believe it at first, but a microchip said it was their cat, Dagger.  They drove to the shelter, expecting it to be some sort of mix-up.  But they say it’s definitely their cat.

3.  An Air Force veteran named Jordan Moon just finished running from San Francisco to New York to raise money for brain cancer research.  So people are calling him a real-life Forrest Gump.  He averaged around 50 miles, or two full marathons a DAY . . . and finished on Veterans Day last week.

4.  A pilot in Florida crash-landed his single-engine plane in the ocean last week, but he’s okay.  Two police units happened to be out on the water for a training session, so they got to him fast.  His plane was still floating, and he was standing on top of it. 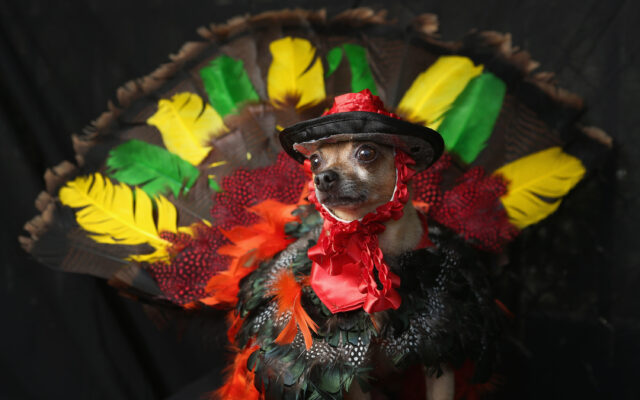