Four Thanksgiving Foods You Shouldn’t Give Your Dog 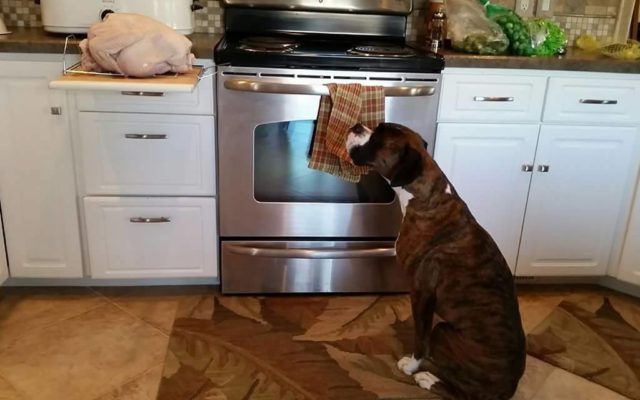 If you’ve got fewer guests and more leftovers this year, don’t just give them to your dog.  A lot of the stuff we eat on Thanksgiving isn’t good for pets.  So before you give them anything, do your research.

In general, avoid anything with lots of ingredients, like butter, salt, and other spices.  Here are four of the worst Thanksgiving offenders when it comes to pets . . .

1.  Turkey after it’s been seasoned.  Unseasoned is okay, and white meat is better than dark.  But don’t give them the skin.  And never give them the carcass, because the bones can splinter and mess up their insides.

2.  Garlic and onions.  Enough of them can mess with their red blood cell count.  The same goes for chives and scallions.  So things like stuffing and gravy are off limits.

3.  Raisins, grapes, and currants.  Don’t rush your dog to the vet if they just eat one and seem fine.  But those things CAN cause kidney failure in dogs, and some types of cats.  So be safe and don’t give them any.

4.  Baked goods, especially if they’re sugar-free.  Too much sugar can cause pancreatitis.  So things like pie and whipped cream aren’t good for pets.

But sugar-free stuff is even worse.  There’s a sugar substitute called xylitol. And it can make their blood sugar plummet and cause liver failure.  It tends to happen fast, so be really careful with anything sugar-free.