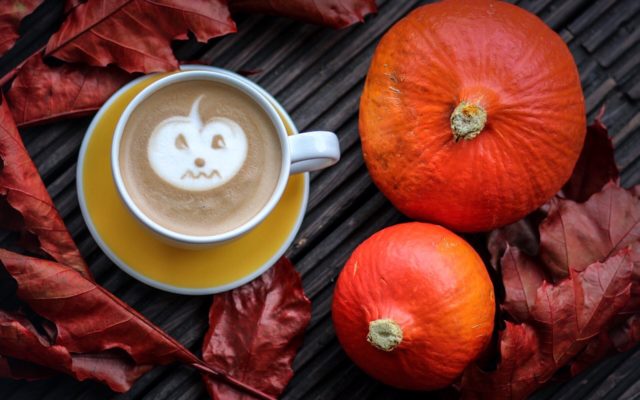 Starbucks brought back the Pumpkin Spice Latte this week, which is the earliest it’s ever been on menus.  So here are five things you might be surprised to learn about the whole pumpkin spice craze . . .

1.  The flavor profile has been around for centuries.  Pumpkin was a common ingredient in Native American recipes.  And the earliest-known “pumpkin spice” reference dates back to a British recipe from 1675 with pepper, cloves, nutmeg, and cinnamon.

More recently, the spice company McCormick is credited with giving “pumpkin pie spice” its name and putting it on grocery store shelves in the 1950s.

3.  People drink the most Pumpkin Spice Lattes on Halloween.  According to data from MyFitnessPal, we order more PSLs on October 31st than any other day of the year.

4.  The states where pumpkin spice food products are most popular are California, Oregon, Washington, Ohio, and Utah.