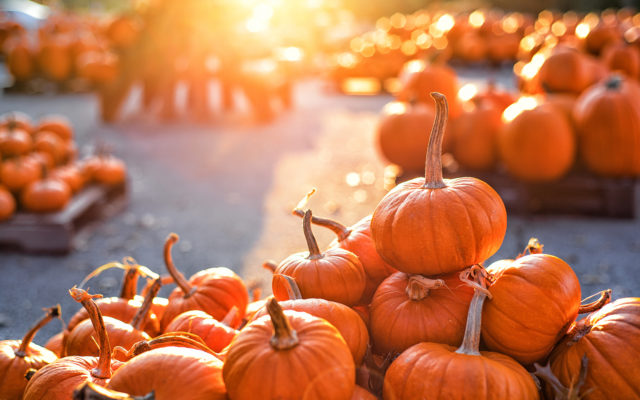 Google sent out a list of the top five PUMPKIN questions we’re googling right now.  So we looked them up and answered them for you . . .

1.  “How to make pumpkins last longer outside?”  Put them in a dry, shady spot.  And don’t carve them until closer to Halloween.

2.  “Where to get pumpkins near me?”  A lot of grocery stores have them.  So do most Lowe’s and Home Depots.  Or just google, “closest pumpkin patch.”

3.  “How long do uncut pumpkins last?”  Uncarved pumpkins can last two to three months before they start to rot.  (Is it just me, or is “uncut” a weird word to use?)

4.  “How long do carved pumpkins last?”  Jack-o-lanterns only last five to ten days.

5.  “Is a pumpkin a fruit or a vegetable?”  They’re technically a FRUIT, because they’re the, quote, “edible reproductive body of a seed plant.”  Vegetables are the other parts of a plant that don’t have seeds, like leaves, stems, roots, and flowers.

That said, people in the culinary world don’t use that definition.  They think of them as vegetables, because pumpkins aren’t sweet like most fruit.  (Google Trends)