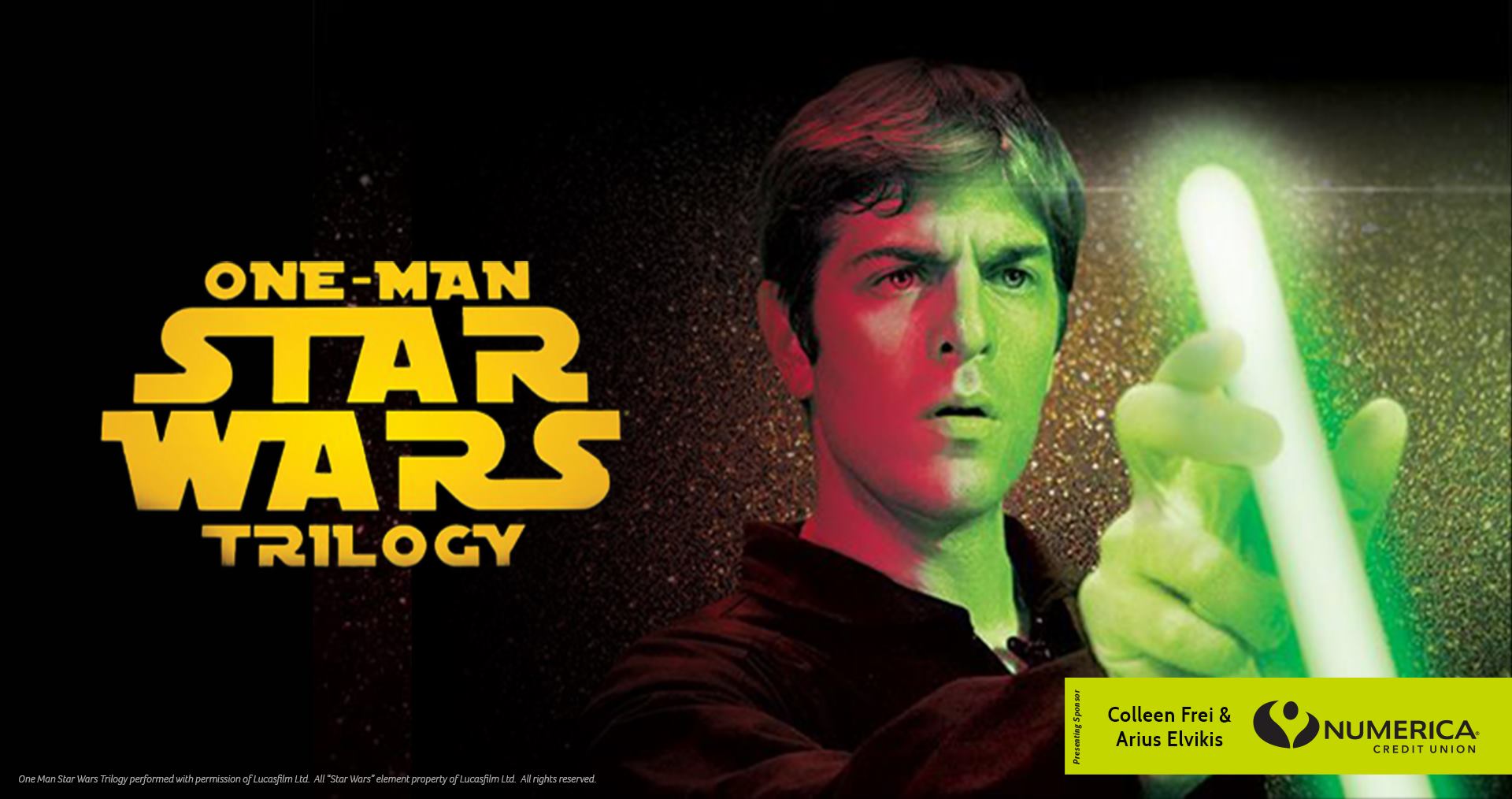 Charles Ross will stun and amaze you with his fun, energetic and extremely entertaining performance of One Man Star Wars Trilogy.

Officially endorsed by Lucasfilm, One-Man Star Wars Trilogy has been performed for over a million Star Wars fans from London’s West End, Off Broadway, Dubai and the Sydney Opera House!

The result of Charles Ross’ ‘misspent’ youth is the creation of his hilarious One-Man Star Wars Trilogy show, where Ross single-handedly plays all the character with spot-on voice impressions, sings the music, flies the ships, fights the battles and condenses the plots of the three films into one hilarious production.

Suitable of Star Wars fans from ages 6 to Yoda.

Get tickets by clicking HERE!