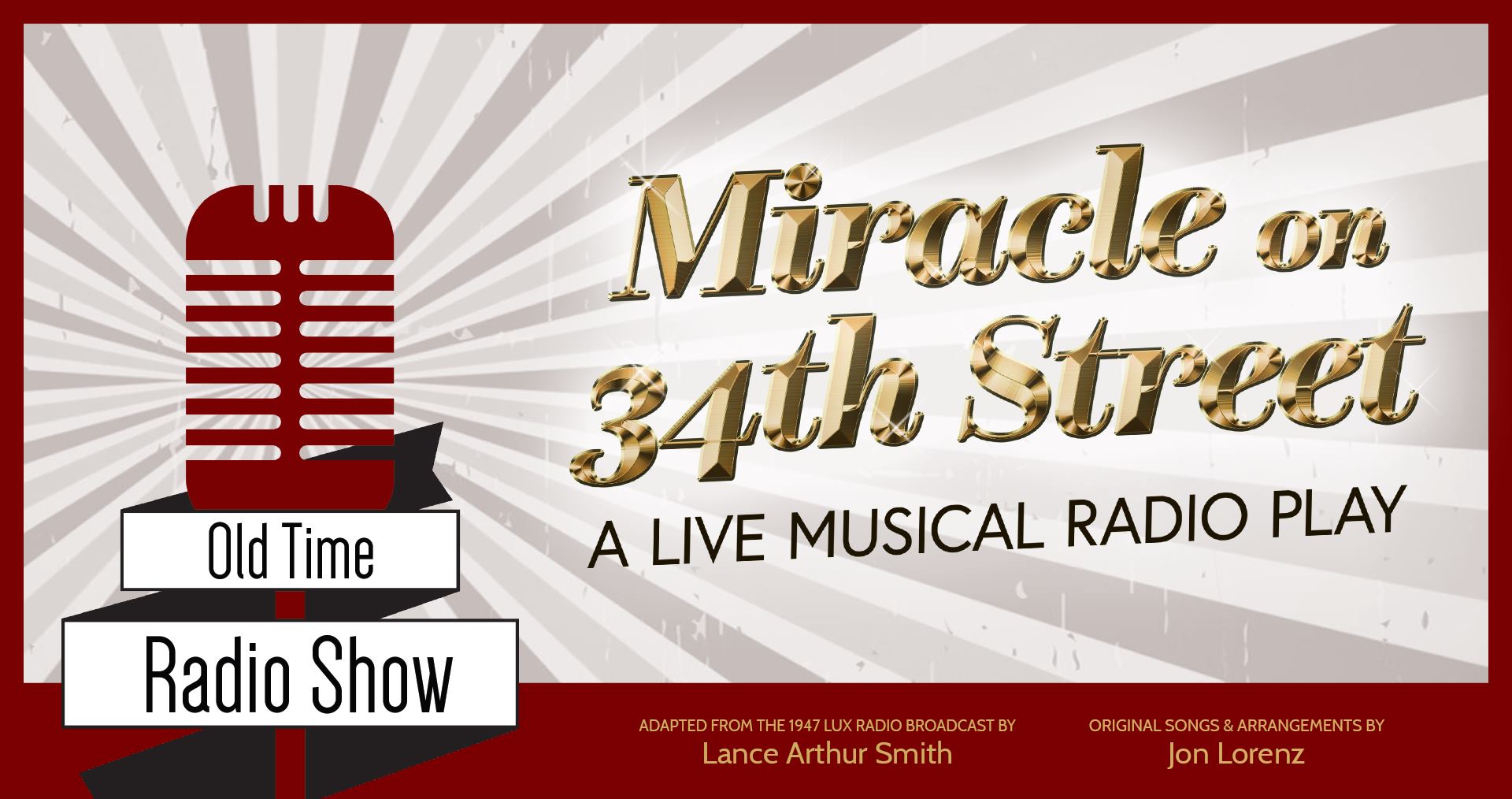 Local performers bring the classic story of MIRACLE ON 34TH STREET to the stage in 1940s-style radio hour in this live musical radio play. From the live sponsor spots, to the use of period microphones, to the sounds effects crew right there with the actors – the result is a nostalgic evening of entertainment from yesteryear. Actors juggle different parts, throwing their voices and racing to different microphones on the stage to re-create Lance Arthur Smith’s memorable characters in the imaginations of the viewing and listening audience. Directed by Danielle Schafer-Cloke.

When a department store Santa claims he’s the real Kris Kringle, his case gets taken all the way to the Supreme Court and a little girl’s belief makes the difference in the ‘miracle.’ With live Foley effects and a score of holiday carols, Miracle on 34th Street is a beloved musical that will melt even the most cynical of hearts.

Must be 5 years or older to be part of the live studio audience.

Get your tickets in advance by clicking HERE!