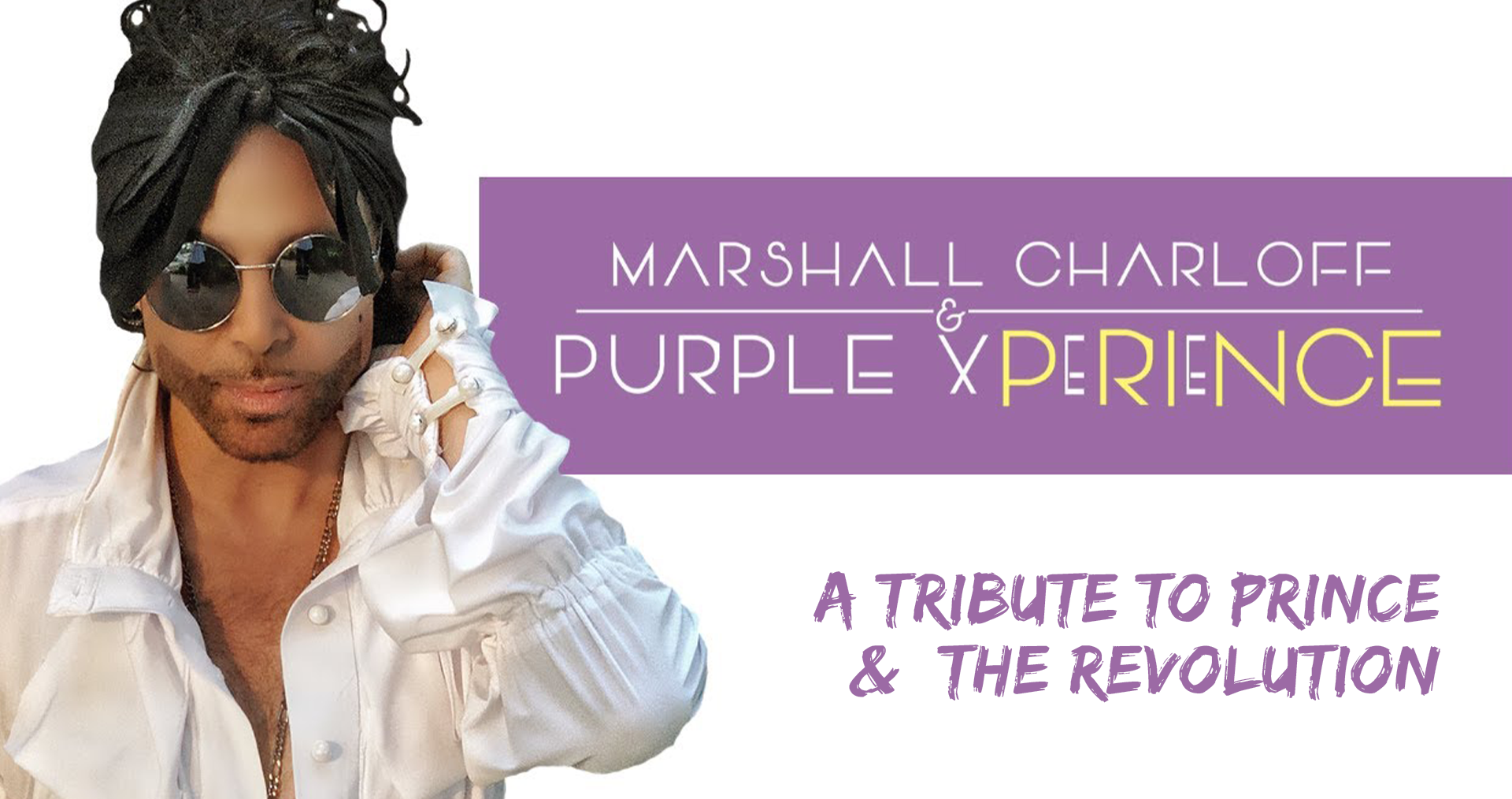 A Tribute to Prince & The Revolution
THE PURPLE XPERIENCE

The Purple Xperience is a five-piece group hailing from Prince’s birthplace, Minneapolis, MN.  They have been touring around the country since it’s inception in 2011 by Dr. Fink and front-man Marshall Charloff – bringing the greatest and most authentic production of Prince and The Revolution in the world to audiences of all generations. Since 2011 Purple Xperience has entertained well over 300 thousand fans and has shared the bill with The Time, Cameo, Fetty Wap, Gin Blossoms, Atlanta Rhythm section, and Cheap Trick.

Lead singer, Marshall Charloff, not only styles the magic of Prince’s talent in an uncannily unmatched fashion with his appearance, vocal imitation, and multi-instrumental capacity on guitar and piano, but Marshall performs nationwide fronting world-class symphonies in most major cities in the US and Canada. Recently, Marshall Charloff teamed up with the famous jazzman Marcus Anderson (New Power Generation, 3rd Eye Girl sax player) in Raleigh, NC to perform with the North Carolina Symphony Orchestra.