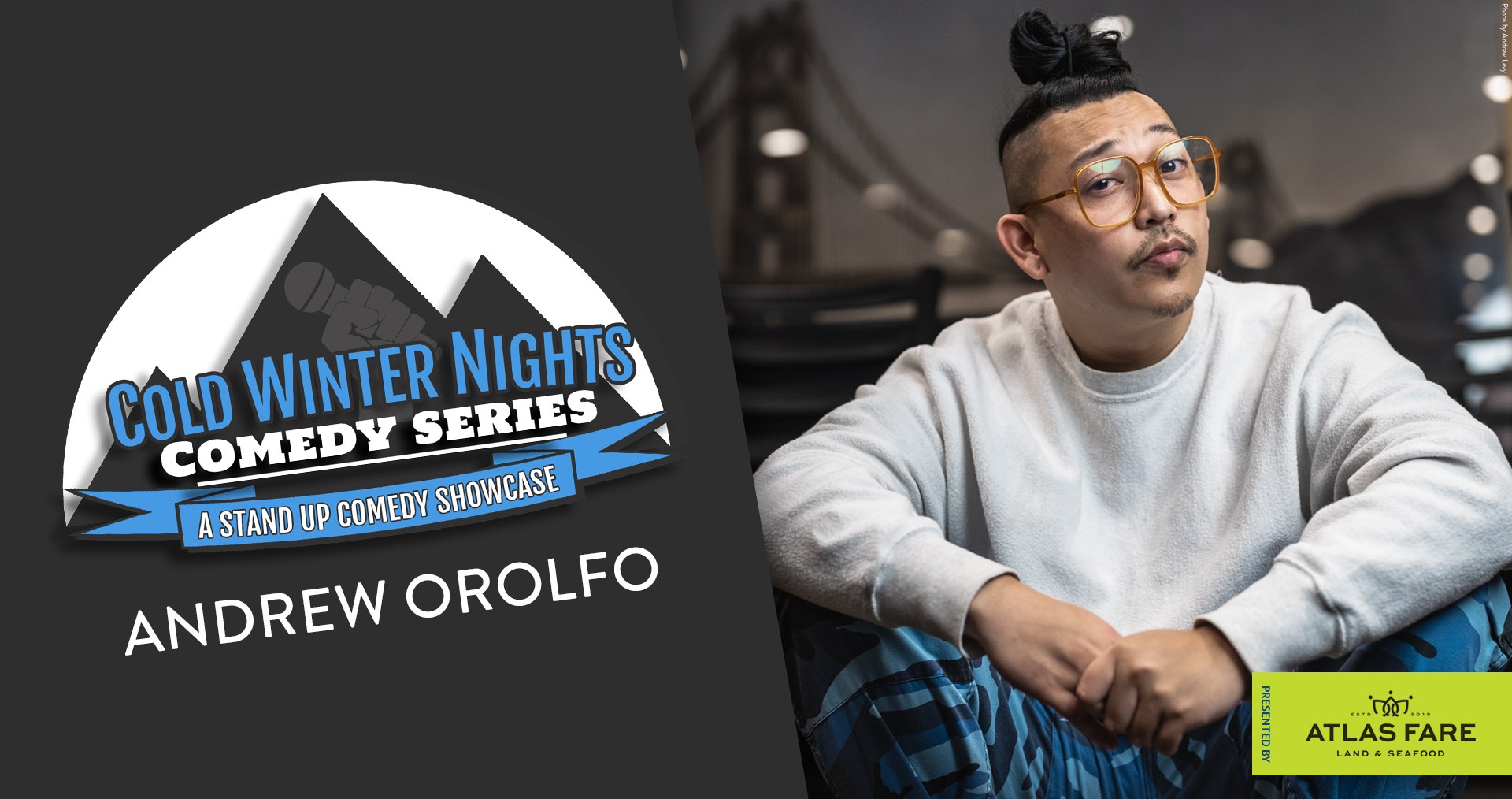 Three months of stand-up comedy at the Numerica PAC featuring some of the best comics in the industry. Each time we turn the theater into an intimate, energetic, “black box” experience.
BIO:
Filipino American, Andrew Orolfo has been named one of the country’s “top knot” comedians by… don’t even ask, just go with it. An established staple in San Francisco comedy, he has been featured in SF Sketchfest, High Plains Comedy Festival, and Comedy Central Clusterfest. He can be heard on Sirius XM Radio and seen on Comedy Central, The Late Late Show with James Corden as well as Jo Koy: In His Elements on Netflix.
Get your tickets by clicking HERE