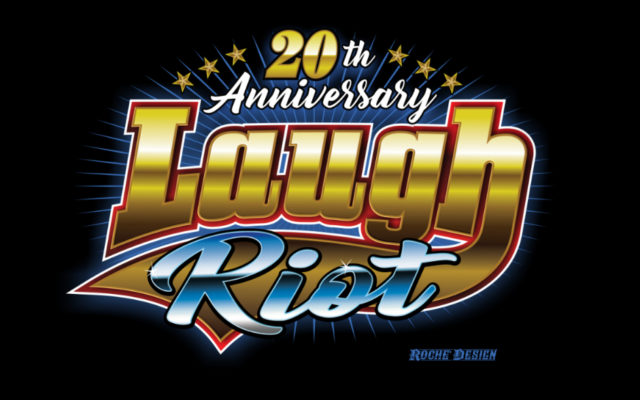 Tickets are on sale NOW for $24, and can be purchased by clicking HERE, but DON’T WAIT!

Listen and win tickets at 7:50 with Brent on the morning show all this week!

Enter to win a table for 10 below! We’ll draw the winner on Friday, November, 5th

TY, a Chicago native, got his start at Seattle’s “Comedy Underground”, since then, his star keeps rising!

As one of top 2 Finalists on the most watched and Emmy-nominated season of “LAST COMIC STANDING”, Ty went on to multiple “TONIGHT SHOW” appearances, HBO’s “BAD BOYS OF COMEDY”, his own “COMEDY CENTRAL PRESENTS” and 1 hour special “Issues”, Ty has been called “one to watch” by the Hollywood Reporter.

Comedy Central, Last Comic Standing and can be heard regularly on The Bob and Tom Show. His 30 year long career has included being voted Club Comic Of The Year at the Aspen Comedy Festival and winning both the prestigious Seattle and San Francisco International Comedy Competitions and his multiple comedy albums are in heavy rotation on SiriusXm.