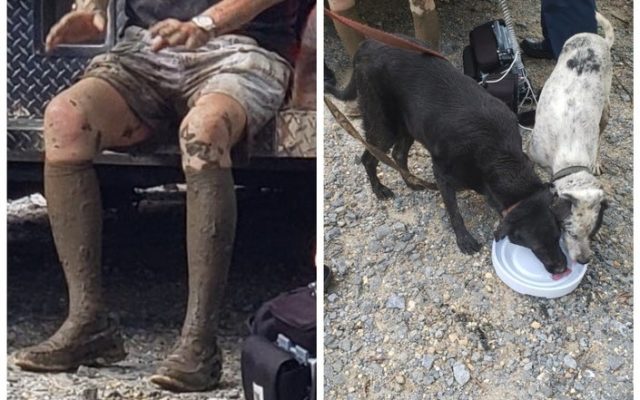 An 87-year-old guy in Maryland was out walking through the woods with his two dogs on Monday. And he tried to grab a stick for them to play with, but got stuck in knee-deep mud.

When he tried to free himself, he just kept sinking deeper. But luckily his dogs realized he needed help and went to find some.

They left him in the woods . . . ran to a nearby trail . . . and started barking at people riding by on bikes.

One of the bikers realized something was wrong and stopped to check it out.

They eventually found the guy in the woods. And firefighters managed to free him from the mud, so he’s okay. In the end, he was only stuck for about an hour.