A Woman’s Car Broke Down, and Three Teenagers Pushed It Four Miles 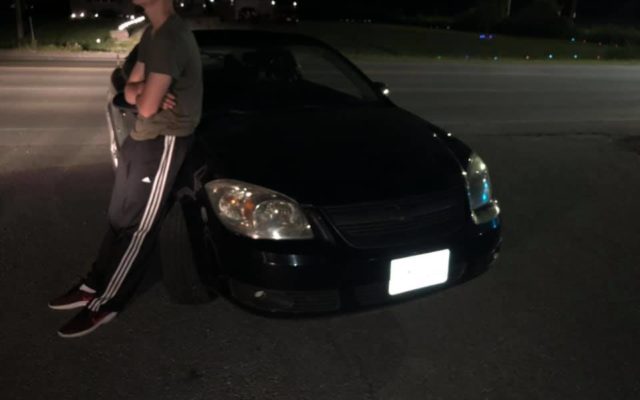 Three teenage boys in Canada were driving to a Tim Horton’s last week to get some snacks around one in the morning.  And they saw a woman’s car broken down in the middle of an intersection.

Their names are Bailey Campbell, Aeron McQuillin, and Billy Tarbett.  And they’re all between 15 and 18 years old.

Her car was smoking, so they knew it wasn’t drivable.  And she didn’t have money for a tow truck, but they wanted to help her out.

So they talked it through, then offered to PUSH her car all the way home . . . just over FOUR MILES.

Another random guy stopped to help, then followed behind them with his four-ways on to make sure no one crashed into them.

It ended up taking almost two hours to get her home.  Then they all went to bed around 4:00 AM.  And when they woke up, they’d gone viral.

The guy who followed them posted photos on Facebook praising them for it.  Aeron says he hopes it inspires more people to step in and help someone in need.