A Waitress Accidentally Served a $5,800 Bottle of Wine, and Her Boss Was Surprisingly Cool About It 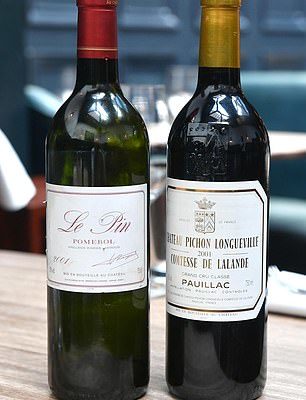 Would YOUR boss be this nice if you did something like this?  There’s a really good steakhouse in Manchester, England called Hawksmoor that’s not cheap.  A filet costs about $50, without any sides.

And a group of customers ordered a nice bottle of wine the other day that cost $330.  Yes, just the wine was that much.

But they ended up getting an even nicer bottle.  Because their waitress accidentally opened one that cost almost SIX GRAND.

The price was 4,500 pounds, which is just under $5,800.  And no one realized it until it was gone.  Her table asked for a second bottle, because they liked it so much.  And that’s when she realized what she did and FREAKED OUT.

She was worried she might get fired, or be on the hook for all that money.  But here’s the great part:  Her boss was totally cool with it.

The owner of the restaurant got on Twitter and congratulated the customers on the nice bottle they scored.  Adding, quote, “To the member of the staff who accidentally gave it away, chin up!  One-off mistakes happen, and we love you anyway.”

He did say he’d be a little angrier if she’d done it twice though.