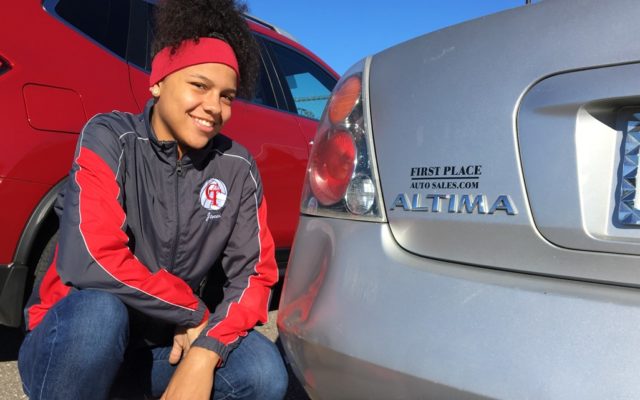 If you want a quick hit of adrenaline, jump in the passenger seat while a teenager is driving.  Your life flashes in front of your eyes every 30 seconds.

But a high school senior in Clearwater, Florida named Olivia Jones caused a crash last month that may have actually SAVED someone’s life.

She was sitting at a red light when she noticed a woman slumped behind the wheel in the car next to her.

At first she thought the woman was just texting, because she was looking straight down.  But then Olivia realized she was having a SEIZURE.  And the woman’s car was drifting into oncoming traffic.

So without hesitating, Olivia pulled out in front of the woman’s car . . . hit the brakes . . . and let her crash into the back of her.

Once they were both stopped, Olivia opened the woman’s door, put it in park, and called 911.  And it may have saved her life.  EMTs got there about two minutes later.

Olivia ended up with a dent in her back bumper, and was a little worried her parents would be angry at her.  But obviously they were cool with it.