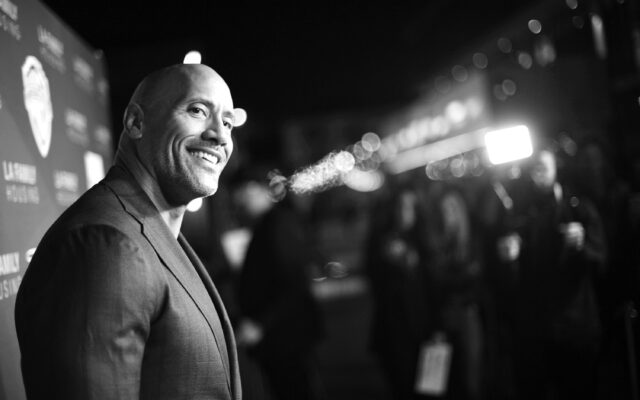 If you could attend a celebrity’s holiday party, whose would it be?  Samsonite . . . you know, the luggage company . . . surveyed a little over 2,000 people to see who’d they choose.

73% of them said they’d love to attend an A-lister’s party.  And the most popular choice, with 38%, is THE ROCK.  He was followed by WILL SMITH with 30%, while LADY GAGA and BETTY WHITE were tied for third with 28%.

The survey also revealed who people thought would be the best celebrity couple to have as guests for Thanksgiving.  No surprise here . . . the #1 choice is TOM HANKS and RITA WILSON with 31% of the vote.

GOLDIE HAWN and KURT RUSSELL tied with TIM MCGRAW and FAITH HILL at 28% each.  And BEYONCE and JAY-Z tied with JENNIFER LOPEZ and BEN AFFLECK with 27%.