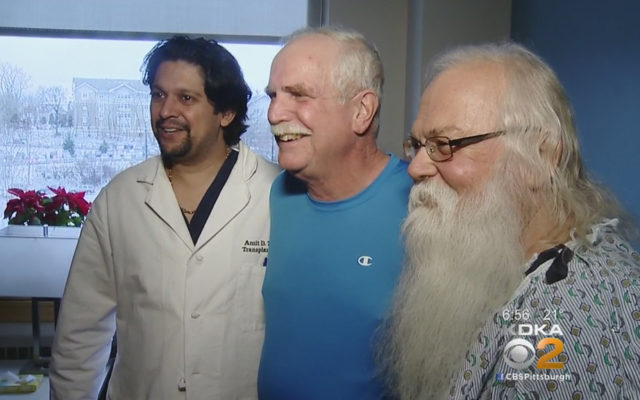 We see a lot of stories about people donating their kidneys.  But never to anyone this high-profile . . .

A guy in Pittsburgh named Michael Klimkos is recovering and doing well after donating one of his kidneys to SANTA CLAUS last week.

Back in the mid-70s, he was in a fraternity at Clarion University in Pittsburgh.  And one of his frat brothers was a guy named Ott Quarles.  (Solid name, Ott.)

Ott now works as a professional Santa Claus around the holidays.  And he’s a QUALITY Santa too.

They lost touch after college but recently connected on Facebook, and Ott mentioned he was looking for a kidney.  He was on dialysis four hours a day, three days a week at that point.

Michael immediately said he wanted to donate . . . asked how to get tested . . . and they were a match.  The surgery happened last Tuesday, and they’re both doing great.

Ott says they may have been frat brothers 46 years ago.  But he feels like he’s gained an ACTUAL brother after this.