57% of People Who Just Started Working from Home Love It, and Want to Keep Doing It 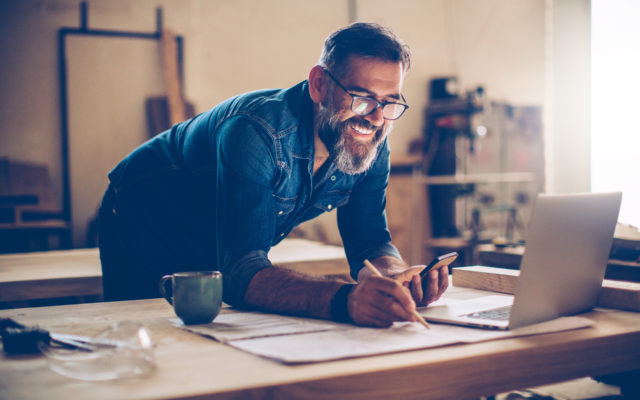 Will more companies let people work from home, even after the crisis is over?  Almost definitely, to some extent.  And not everyone thinks that’s a bad thing.

A new survey talked to 1,000 people who’d never worked from home before the virus hit.  And a majority of them want to KEEP doing it.

2.  76% of people working from home right now are using Zoom or other video conferencing apps on a daily basis.

3.  A lot of us DO have “coworkers.”  68% said at least one other person in their household is also working from home right now.

4.  We miss our I.T. department though.  53% said they’ve experienced glitches during video calls, and things like their audio dropping out.

5.  54% of new at-home workers have had to upgrade their tech in some way.  Like replacing their computer, buying a printer, or upgrading their webcam.